Stretham primary school caters for children aged 4 – 11 with classes from Foundation to Year 6 and currently has approximately 180 pupils organised into seven classes:

Kite Class for Year 5 and 6 children, taught by Mrs Everest

Kestrel Class for Year 5 and 6 children, taught by Mrs Hawes and Mr Coackley

Robin Class for Year 3 and 4 children, taught by Miss Johnson

Wren Class for Year 3 and 4 children, taught by Mrs Krajewski

The current school building dates from 1978 and is of single storey construction. A growth in numbers of pupils created the need to extend the buildings, with the result that new hall, administration block and classrooms were opened in spring 2000. The school now has seven classroom bases, a resource and a groups room with kitchenette.

The school also has a full kitchen on site where the children’s lunches are prepared. In September 2009 Tiddlywinks, the village pre-school group, moved onto the school site and have become an integral part of the school; making transition from Tiddlywinks to Reception seamless.

Outside there is a large playground, grassed play areas and a playing field. The school is fortunate in having its own outdoor swimming pool. Over recent years we have been developing our outdoor learning provision and our Explorers Area has a pond, a fire-pit and lots if exciting things to explore.

History of the School 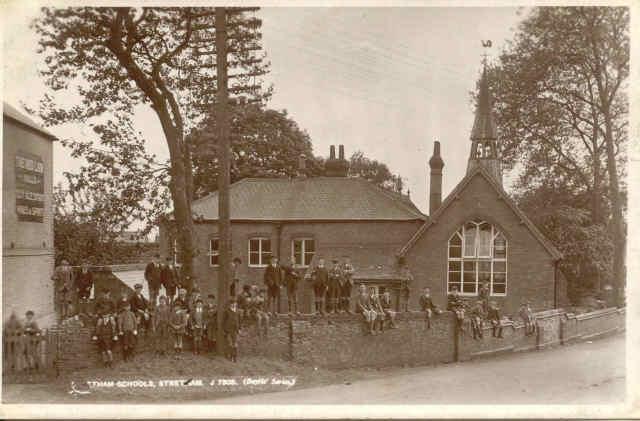 Early records show that there was a school in Stretham in 1579, when the curate Thomas Hitche was licensed to act as curate and schoolmaster. In the middle of the 18th century a school was held in the chapel within St. James church. The village school opened in the High Street 1872 on subscriptions from charities and a grant from the Diocesan Board.

The Church School was leased to the Diocesan Board in 1894 to take 256 pupils and another separate school for the infants was built a little distance down the High Street. In 1948 the senior children were taken to the Cromwell School, Chatteris, until the erection of a secondary school at Witchford.

Unfortunately not the ones with chocolate chips.

Some cookies are necessary in order to make this website function correctly. These are set by default and whilst you can block or delete them by changing your browser settings, some functionality such as being able to log in to the website will not work if you do this. The necessary cookies set on this website are as follows:

Cookies that are not necessary to make the website work, but which enable additional functionality, can also be set. By default these cookies are disabled, but you can choose to enable them below: